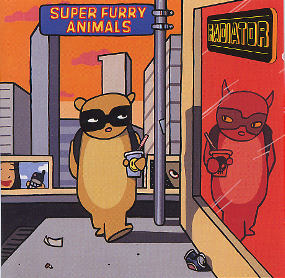 Super Furry Animals are set to play songs from their Creation back catalogue live in their home town of Cardiff on November 20.

The band will play the show, dubbed ‘Recreation’, at the Coal Exchange as part of the Soundtrack International Film and Music Festival, which takes place in the Welsh capital on November 18-22. Former Ride man Mark Gardner will also be on the bill.

A screening of the band’s frontman Gruff Rhys’ film ‘Separado!’ will take place as part of the festival. The film saw the singer/guitarist travel to south America to trace his ancestry.

Former Velvet Underground member John Cale will play a solo show as part of the event, also at the Coal Exchange on November 21. See Soundtrackfilmfestival.com for more information.